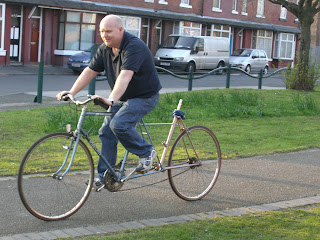 BIKE BITS, BACK-YARD BLUES!
It's great! It's Fantastic! It's Rapid! And it's a show stopper!